The day started at 5:00 AM. The idea was to get to the Taj Mahal for sunrise (which was around 6 AM), so it was pretty much roll out of bed and head out the door. Apparently the Taj Mahal changes color as the sun progresses through the sky. We didn’t get to witness this phenomenon as the sky was overcast, but it was still a beautiful sight.  The craftsmanship that went into that building is amazing. There’s no paint. All decoration is either carved marble or stone inlay into the marble. 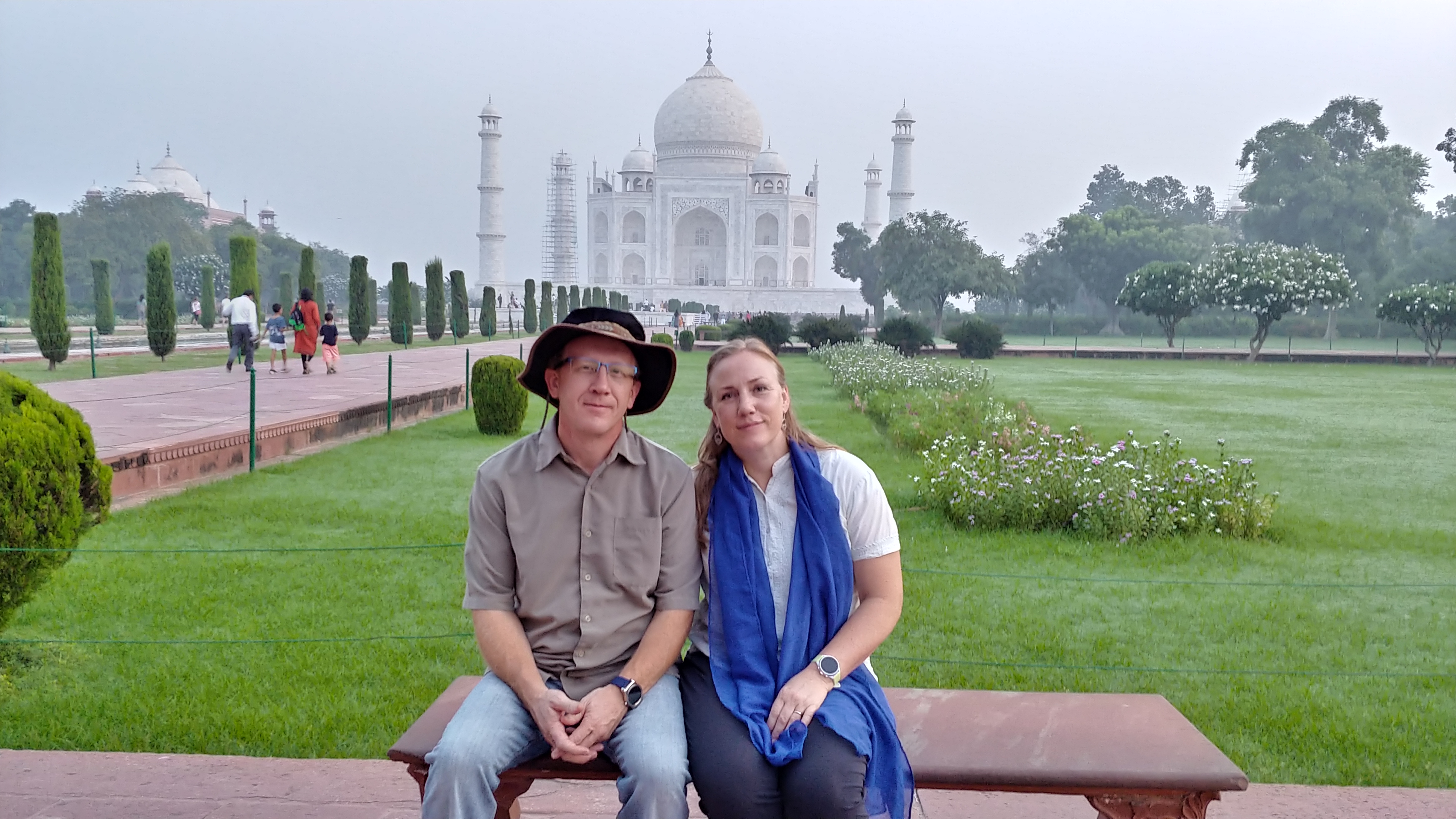 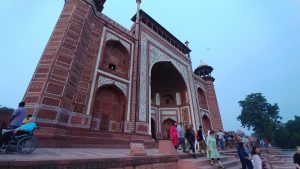 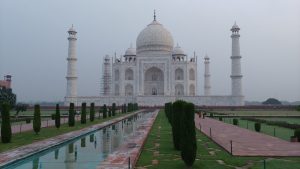 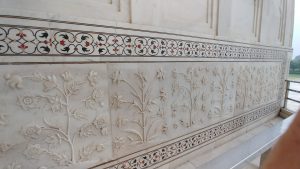 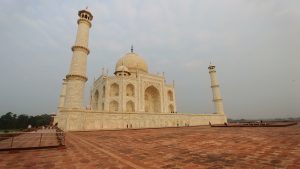 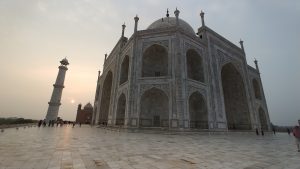 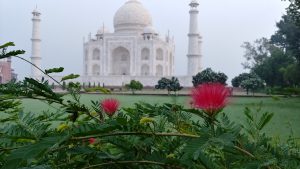 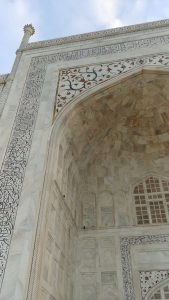 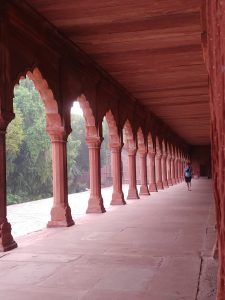 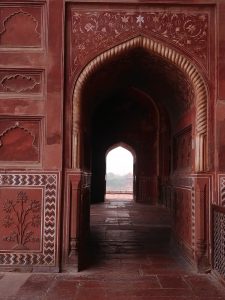 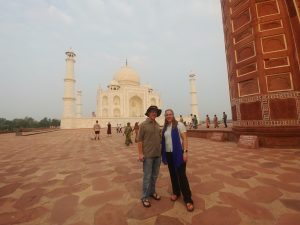 After about two hours at the Taj Mahal site, we headed back to the hotel and collected our things to head toward Jaipur.  On our way out we stopped at a small shop to get some breakfast. The pastries we got were similar to Samosa, but round and flat with a crust that was more flaky. Quite tasty, and breakfast for two cost a whopping 75 cents.

On the way to Jaipur, we made two stops. The first was at the historical site of Fatehpur Sikri, a sprawling palace and city complex of ancient origins. The complex would require multiple days to go through if you were trying to see the full thing, due simply to sheer size.  However, only a portion of the site is part of the historical preservation; the larger city portion is just ruins.  Consisting almost entirely of red sandstone, some of the carvings are amazing. 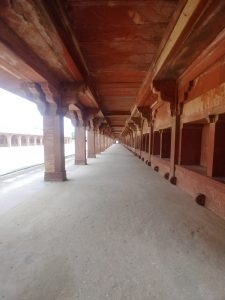 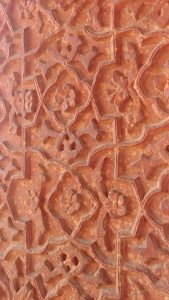 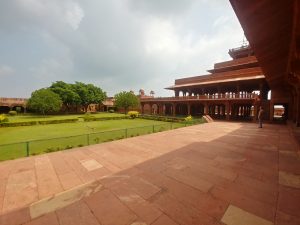 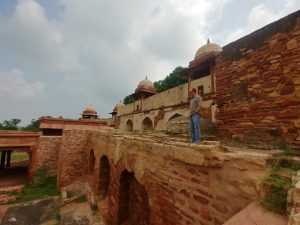 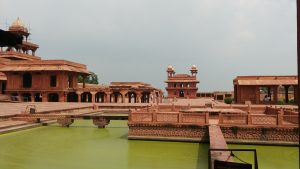 The second stop we made was to see Chand Baori, the step well at Abhaneri. One of the biggest and deepest step wells, it contains over 3,000 steps, and rumor is that the temperature at the bottom is five degrees cooler than at the top.  We couldn’t confirm, as they don’t let you climb down. 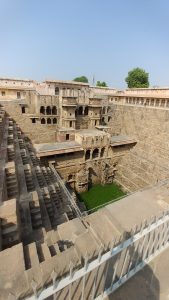 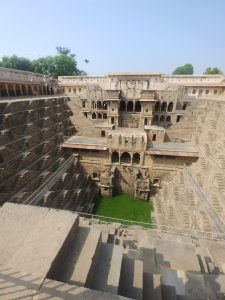 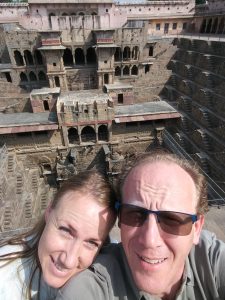 Tomorrow we tour Jaipur!
Scroll to the top