The days are beginning to blur together a bit more as the adventure continues.  Dawnetta and I find it hard sometimes to remember which city we were in given a particular ruin, or which ruin we toured given a particular city. It’s a sure sign that you’re covering a lot of ground.

Day 5 was spent in Chittorgarh, a fort city atop a mountain.  The perimeter wall runs 13 kilometers (a bit over 8 miles), and encompasses 700 acres of land.  Also known as the water fort, there are multiple lakes contained within the facility.  According to Wikipedia, there were originally some 84 bodies of water, but now only 22 are active. 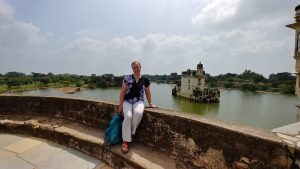 Several palaces were within the walls at the fort’s  peak, but almost all were destroyed by a conquering king.  Apparently, after the king had killed all the men, the remaining 2200 women all committed suicide, including the queen, Padmavaati. She was apparently quite beautiful, and the conquering king desired her. So when she killed herself, he threw a tantrum and destroyed the whole fort.

There is a tower built in memorial to the many who died.  Visitors can climb the inside of the tower to get a view overlooking the facility.  The stairs are very steep, and the climb winding and tight. 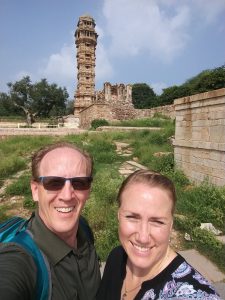 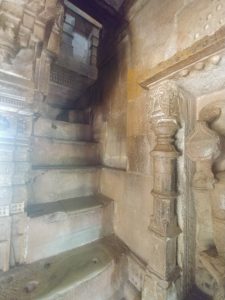 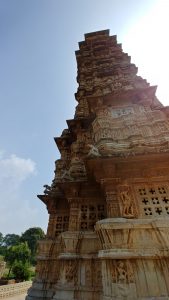 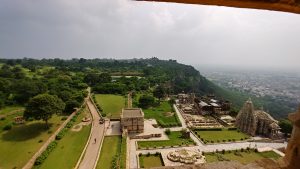 We spent the day wandering through old ruins, trying to imagine the grandeur and beauty that would have been here a few centuries ago.  There are breathtaking glimpses of what once must have been. It leaves one a bit heartbroken at the loss. 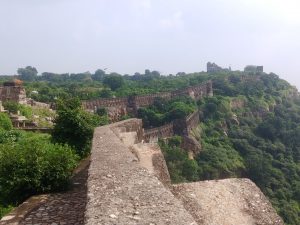 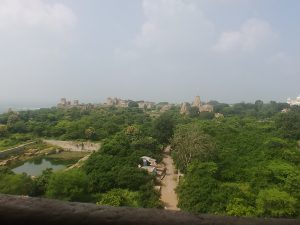 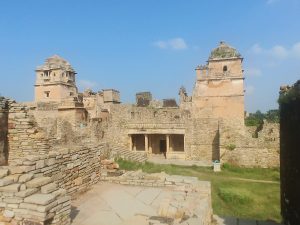 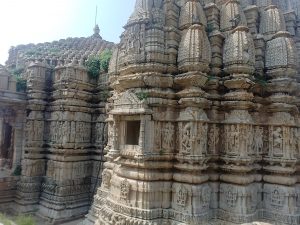 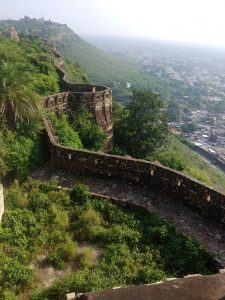 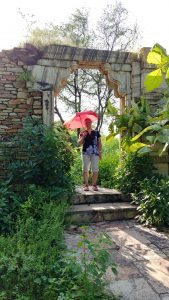 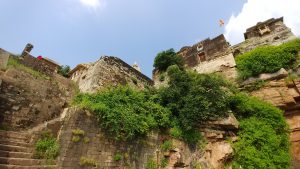 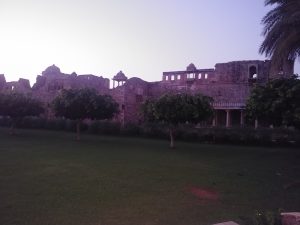 While exploring the ruins, we were mobbed by a group of school children on a field trip.  They run through the standard dialogs they’ve been learning in school, which usually proceeds as “Hello!”, “What’s your name?”, and “Where [are] you from?”.  After that they go silent, having either exhausted their conversational English or run out of topics to talk about.  It’s endearing, really. 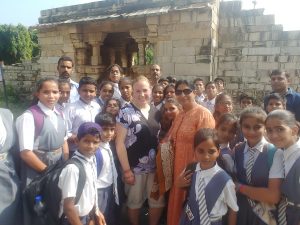 In the evening we attended a “sound and light” show.  They play a dialog recounting a historical story from the fort, and illuminate different sections of the ruins.  We didn’t understand any of it, really, because it was in Hindi.  It was fun regardless (except for the plethora of mosquito bites we had the next day). 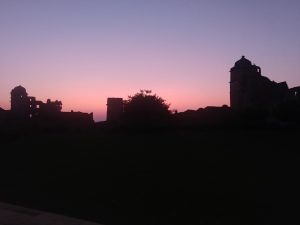 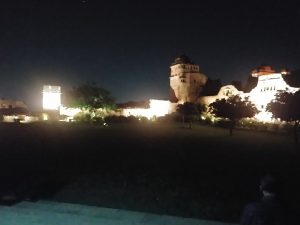 Our accommodations for the night are a bit scary.  It’s a bit of a dive, but it’s within the walls of the fort, so it’s close by. 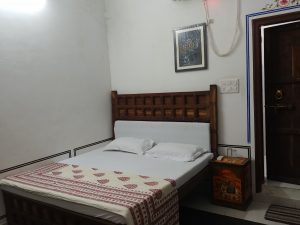 Tomorrow we’re off to Udaipur.