Our day began in Chittorgarh with a walk through some areas that we hadn’t covered the day before.  We found our way to another large palace that we couldn’t walk through.  It was right on the shore of a lake, and looked to be quite pretty. 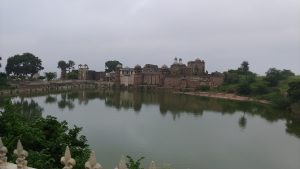 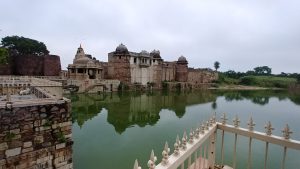 Following the walk we had breakfast, which was hosted on the roof of our hotel (and accompanied by a monkey- a black faced monkey that can get aggressive, so don’t look them in the face). 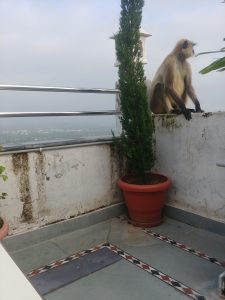 We then headed to Udaipur, known as the white city and also “the romantic city”.  Udaipur is larger than the last couple cities we’ve been in, and it is cleaner.  On our way to the hotel, we stopped at some gardens and wandered a bit.  There were several fountains, and an art exhibition in what must’ve been a residence building at one time.  They were beautiful, but seemed to be struggling a bit, like much of India. 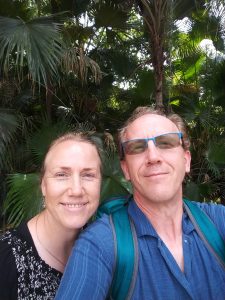 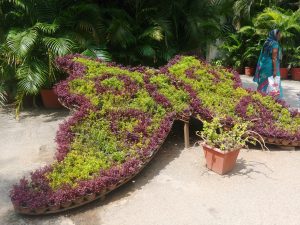 There are a couple large lakes in Udaipur, and our hotel for the next couple nights is right on the shore. 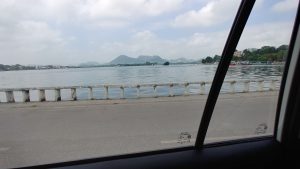 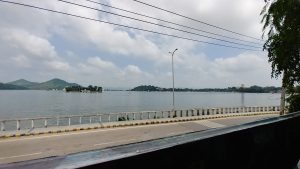 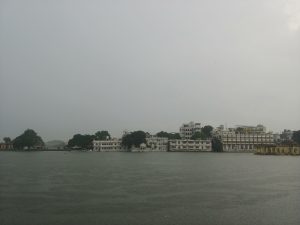 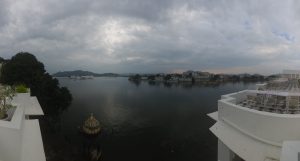 A large rain storm postponed the boat tour of the lake that we had scheduled, so we wandered the streets and shops for a bit instead. The part of the town we’re in is considered part of “old Udaipur”, and the streets are so narrow that they’ve banned cars.  Transportation is by motorcycle or tuk-tuk only.

In the evening we attended a cultural show with dancing, music, and a string puppet show. It was quite fun.  This is one of the best cultural shows in all of Rajasthan. A few highlights:

Bonus pic: Us being goofy at breakfast. 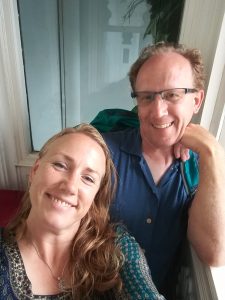 Tomorrow we’ll tour a couple sites in Udaipur, and pick up the boat tour we missed. More then!