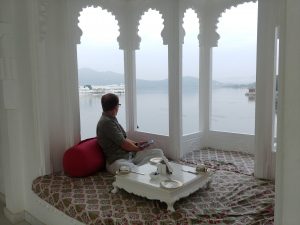 Today we saw some sites in Udaipur.  Because the streets in this portion of the city are so narrow, they don’t allow cars. Thus, we walked everywhere.

The first stop was a large Hindu temple. You don’t want to slip on the front steps — they’re really steep.  They have a kitchen off to the side where they feed the poor.  There are a lot of beggars here, but rather than pay them you can make a donation to the kitchen. 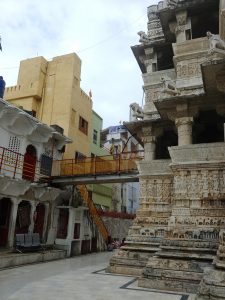 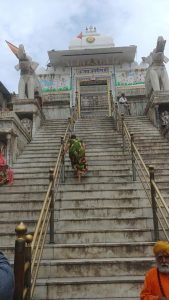 The next stop was the city palace.  They claim this palace was under construction for 400 years, but the reality is that every generation built an addition, so it just kept growing.  They’ve done some pretty renovation work here.  One fun tidbit was that while we were there we saw the prince walk through the courtyard.  (The royal family lives in a part of the palace that you don’t get to tour.) 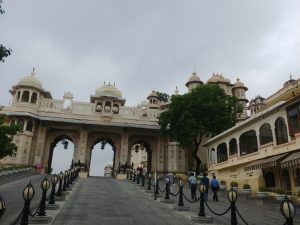 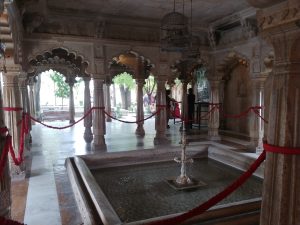 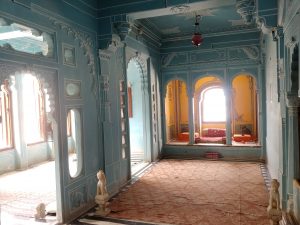 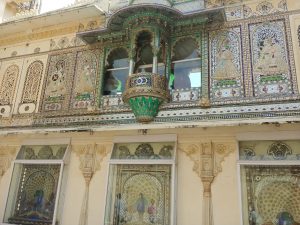 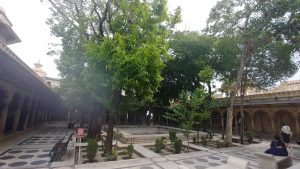 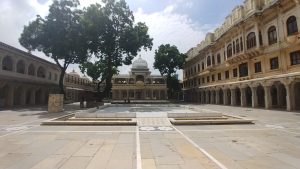 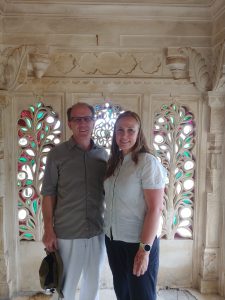 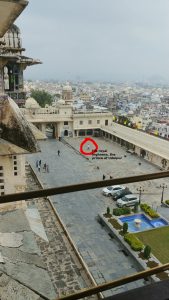 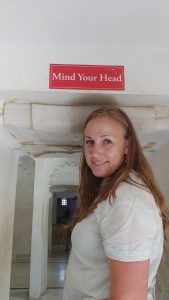 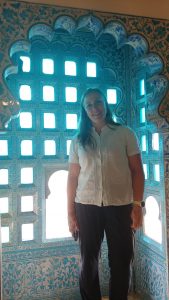 After the palace we spent some time at the shops on the street.  We probably spent too much money, and we likely got taken advantage of a bit, but it’s all part of the adventure.

The evening was supposed to finish with a romantic boat ride around the lake and out to one of the island hotels to watch the sunset.  As we were waiting for the departure, a large storm front came through with some pretty heavy rain. We were sure they’d cancel the tour, but they just delayed it. The sunset was a bit clouded over, but the ride was pretty. 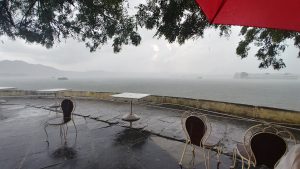 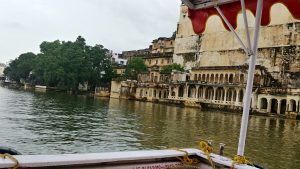 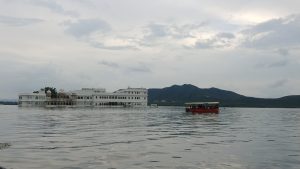 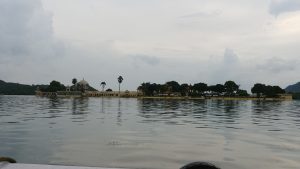 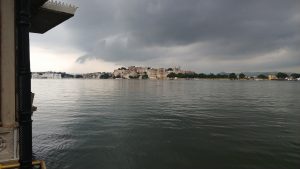 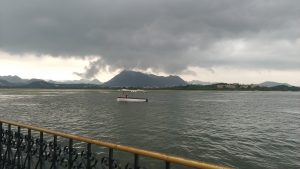 Upon returning from the boat ride, we went to dinner. The storm must’ve scared away a lot of the tourists because the streets were considerably emptier than earlier in the day. Dawnetta and I were able to enjoy dinner alone together at a rooftop restaurant.

One bit of evening excitement came in the form of a bull that was terrorizing shops and folks on the street just outside the restaurant.  It was a bit unnerving to see the locals running from the bovine.  To say the least, we didn’t stop to get pictures.

After a week without socks, Sean’s feet are sunburned, mosquito-bitten, and dirty… 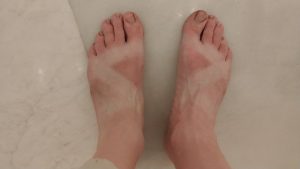 Here’s some other pics of our hotel in Udaipur: 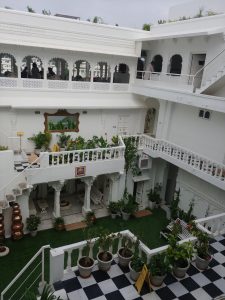 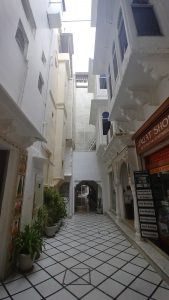 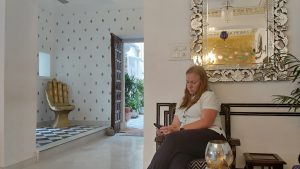