Our guide claims that Kumbhalgarh is the only fort in India that has never been conquered through traditional military endeavors.  It was supposedly captured once long ago by subterfuge when invaders managed to plant a spy and poison the water supply.

Stats are impressive: 22 miles of 15-foot thick perimeter wall (second only to the great wall of China); 830 shrines and temples; More acreage than you could possibly cover with a week of walking; fields of grain and hunting grounds inside the walls; a main entry gate that is purportedly 8 horses wide. From the surrounding farmland it can be seen for miles, yet when invaders climbed into the mountains to find it, it purportedly took years. 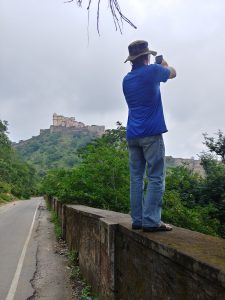 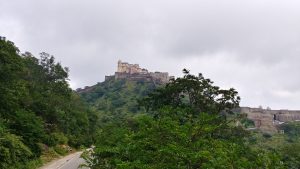 We started with a hike to the palace that sits at the apex peak in the facility. It’s quite a hike, to be sure, but the views are worth it. 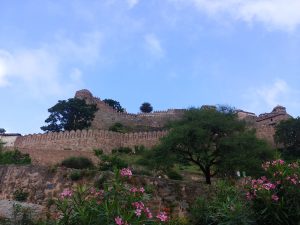 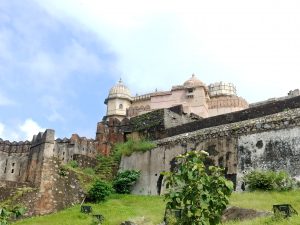 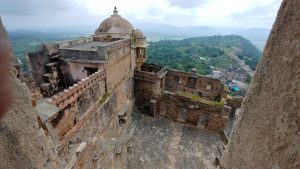 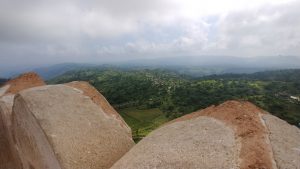 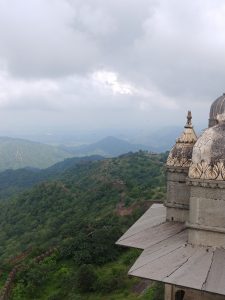 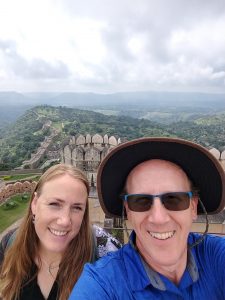 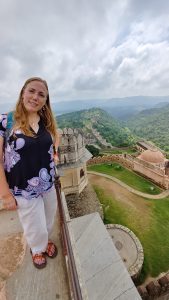 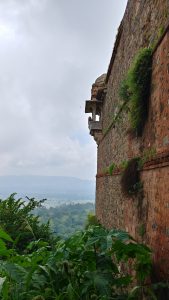 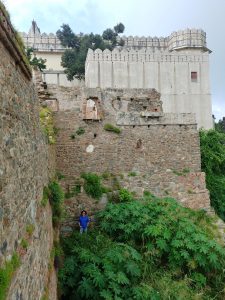 The palace itself is relatively unassuming (the majesty of the fort is enough). The complex ornamental decoration we’ve seen in others sites is absent here, though there does seem to be a “fighting elephant” motif. 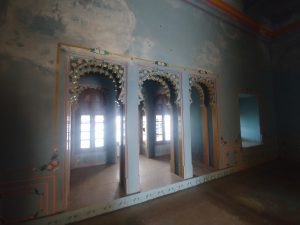 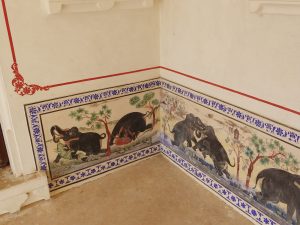 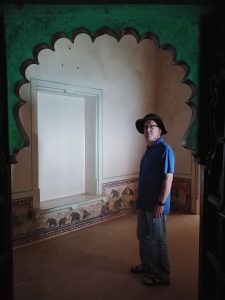 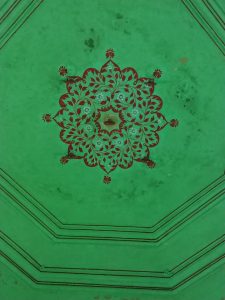 After a tour of the palace, we elected to go see some other ruins on the grounds. From atop the palace, we hadn’t seen any other tourists at them, so we figured it was out of the way. We were right. 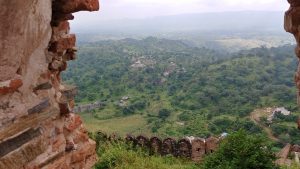 There’s a large wall in the facility that looks like a step well. We suspect that at some ancient date it may have formed a dam. A large breach in the middle of it now suggests that it’s been a long time. Regardless, we ended up circumnavigating what would have been the old lake to reach a small cluster of temples. It was a secluded hike, absent of any other tourists (though there were locals that still live in small communities within the walls).  At the end of the day our pedometer put the trip at four miles. 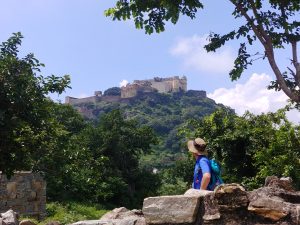 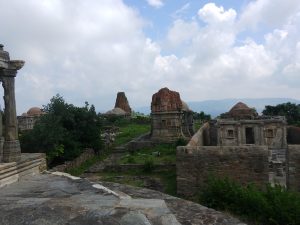 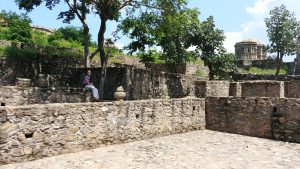 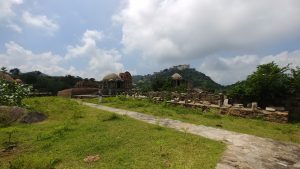 Hot, sweaty, and worn out from our self-imposed detour, we headed to Narlai, our way stop for the night. 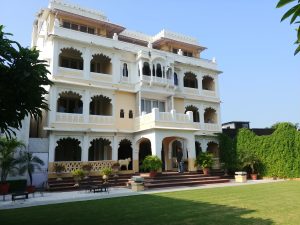 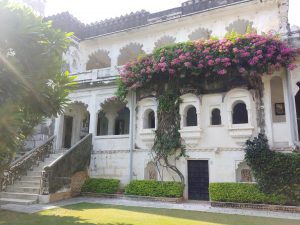 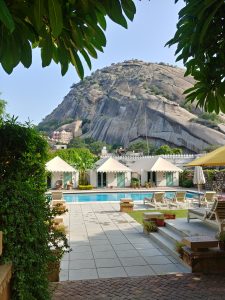 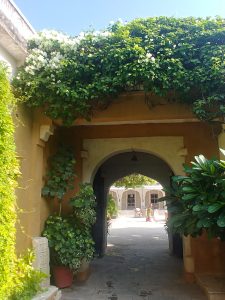 In Narlai we attended a fancy dinner. We were first provided with headwear (a turban for Sean and a scarf for Dawnetta), then taken to a remote baori where a thali dinner had been setup. We dined under the stars, enjoying some of the local cuisine.  The candles and lanterns were pretty, but it was so dark that we couldn’t see our food (or the mosquitoes that were biting us).  Heaven knows how many bugs we ate. 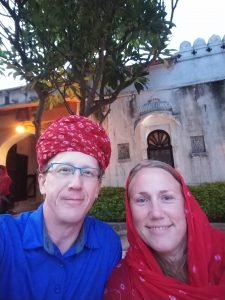 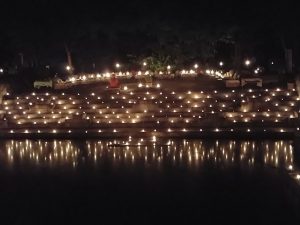 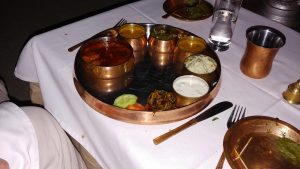 Exhausted at the end of the day, we slept well.