Today we headed into the desert for a “safari retreat”.  Ultimately our destination is a small town named Osian, locally pronounced “ocean”.  We make a stop along the way, though, in Mandore to see some gardens and break up the drive.

Once upon a time this would have been a nice city park, but currently they are in quite a state of disrepair.  Fortunately there are crews working to clean them up.  One of the highlights is a series of god carvings that are cut straight into a sandstone cliff.  The stone has been whitewashed and painted, but still… 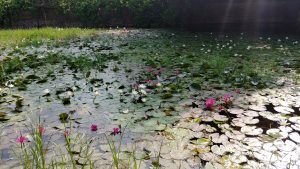 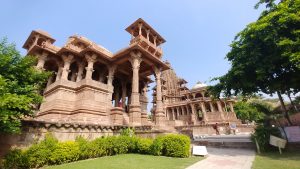 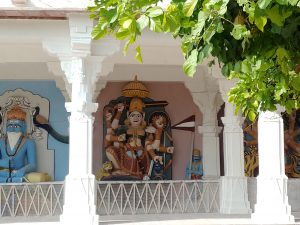 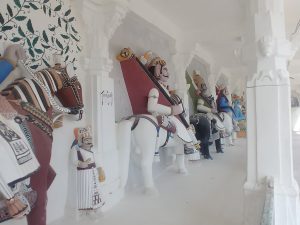 It turns out that we left Jodhpur a bit too early in the day, as we arrived at camp at 11:00, and the camel ride isn’t until 5:30.  It’s too hot in the middle of the day to do the camel ride.  So we had about six hours to kill.  Had we known, we would’ve left later… 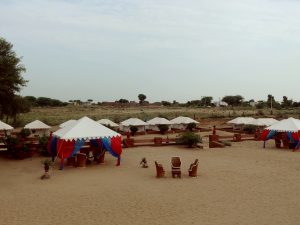 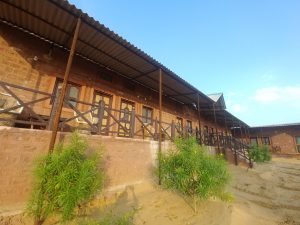 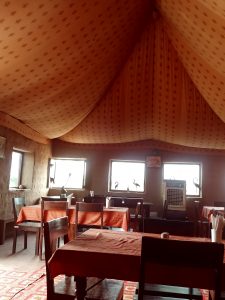 We ended up wandering through Osian and visiting a couple temples there. They’re largely the same as the other temples we’ve seen, but there’s a couple differences. The Hindu temple had been retrofitted with steel mesh fencing to enforce walking through the temple in a specific way.  There were also large arrays of queue barriers (like you see at amusement parks), indicating that there are times when they’ve got hundreds of people trying to get through the temple at the same time. Our driver confirmed that. 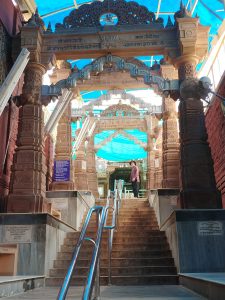 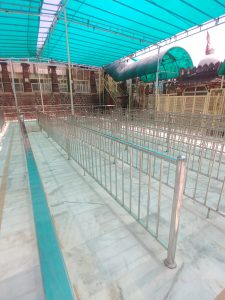 Fun thing we saw at the Hindu temple: There was a carving that we’d modernly interpret as an emoji: 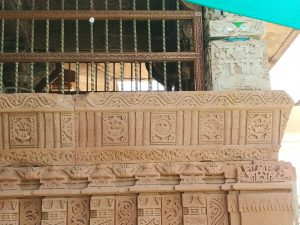 The Jain temple had the same restrictions we saw at the other temple, including a sign forbidding menstruating women.  The carvings in this temple are in MUCH better condition than other temples, and we suspect that they’ve been updated in modern times.  They’re doing other renovation work on some of the shrines in the temple. It’s hard to watch them grind off carvings that are centuries old just so they can retrofit new sandstone into place, but I suppose that’s the way of things. 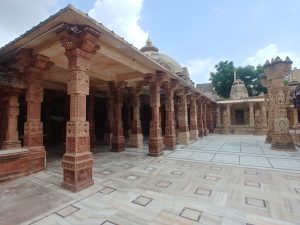 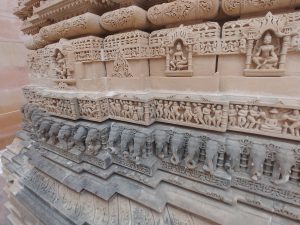 After touring the temples in Osian (and eating some ice cream along the way), we returned to our room at the camp.  The balance of our waiting time we spent in our room, napping and watching movies.

At the appointed hour, we meet up with our camel and guide. I suppose it’s a bit of a “duh!” moment, but I didn’t think about how high off the ground you are when riding a camel. They’re really tall! 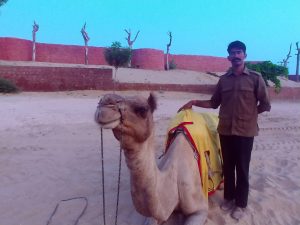 The area around Osian reminds us a lot of Moab or Saint George with its red sand and various scrub vegetation.  Our guide walked us out to some sand dunes to watch the sunset. I found riding a camel to be much more comfortable than riding a horse. Maybe it’s the sand or the longer legs. Who knows. 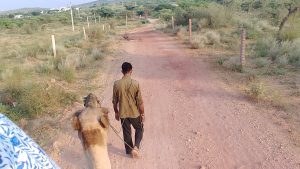 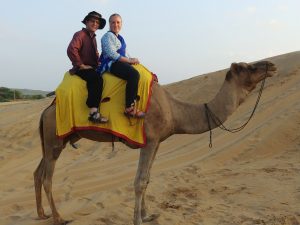 Out on the dunes there were about four couples doing wedding shoots.  It was kind-of funny to watch some of them.  There were also a number of Jeeps running around the dunes, full of locals standing in the back of the Jeep (like six or eight to a Jeep) and screaming like it was a roller coaster. 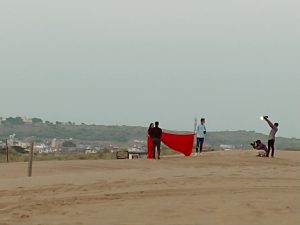 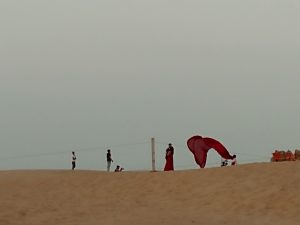 We stayed out on the dunes until sunset.  Our camel took a rest while we waited for the sun to fade. 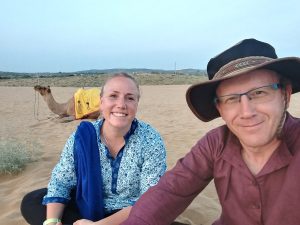 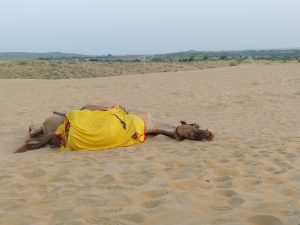 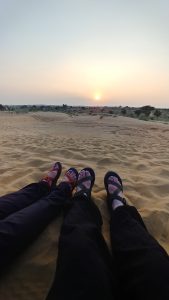 A cultural show came next. Similar to the other show we saw, but presented out on the sand, under the stars. It was a lot of fun, and the dancers even solicited the help of Dawnetta and the other female guest (there were only four of us in attendance) to dance with them. Unfortunately, it was too dark to get any good pictures… 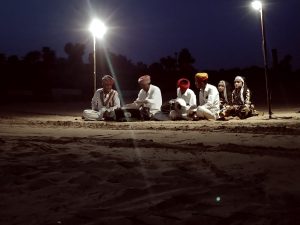 A candlelight dinner under the stars followed next, then off to bed. Tomorrow we’ll be in the car for five or six hours, starting our trip back toward Delhi.