I’m afraid I haven’t much to report today, as the day was largely spent commuting to our next location.  Tomorrow we’re scheduled to tour some old havelis that are ornately painted. Today we’re just getting to where they are.

We did stop and visit one that has been renovated enough that they’re using it as a hotel. Apparently a French artist purchased the estate and has been renovating it.  Hence, the hotel has been named after her, Le Prince. It makes sense that an artist would want to preserve one of these establishments.  It must’ve taken decades of work to paint one. 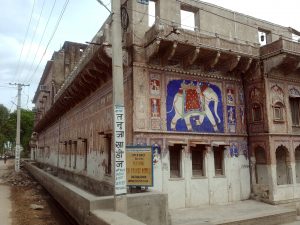 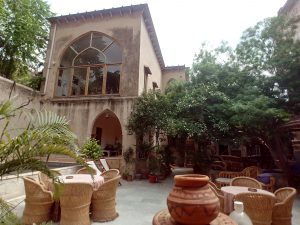 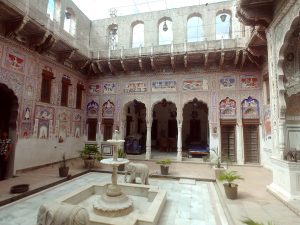 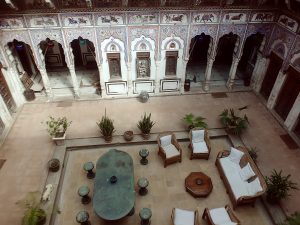 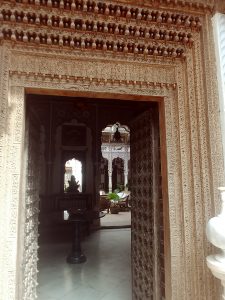 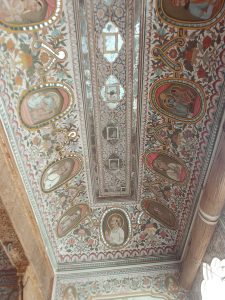 It’s heartbreaking to hear that there are over 100 of these large family homes essentially abandoned, crumbling into oblivion.  The families that own them have moved to large cities where the amenities are nicer. The haveli is essentially their grandparent’s cottage in the countryside, and they don’t visit or maintain it.  Part of the trouble with selling them is that they are often owned by multiple families, so coordinating a sale is difficult.

Tonight we stay in a 300 year old castle. It’s a large estate that is currently co-owned (and occupied) by three brothers and their children & grandchildren (11 couples in total). Yet they still have enough room to run two hotels out of the facility. 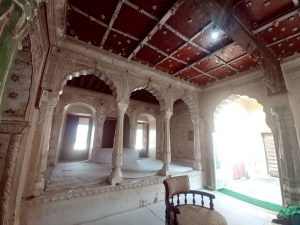 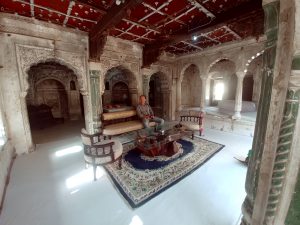 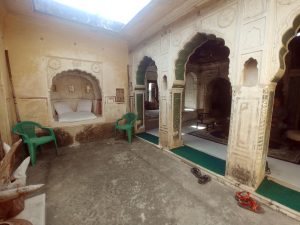 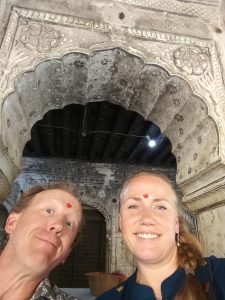 Part of our room is an open-air courtyard. A bat flew in at one point and hung on the wall for a couple minutes before we inadvertently scared it off trying to take a picture of it.

While on an evening ice cream walk, we came across a line of ants so severe they had actually worn a trail through the vegetation.  Now that’s persistence. 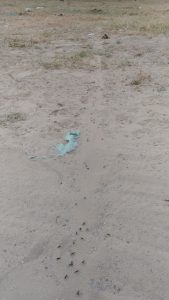