Today we drove through about three different cities looking at havelis (huh-vell-ees). A haveli is a family home that usually spans multiple generations. Inside they contain two courtyards, the front one for the men to do business and the back one for the women to socialize.

As the house gets handed down from father to son(s), you may end up with several families sharing the same house, so they grow from generation to generation and become quite large.  These days they’re converting a lot of them into hotels.  What else do you do with a 50-room building, right?

Anyway, in Rajasthan there are several towns where the tradition was to paint the outside of the haveli with elaborate decoration.  The various merchants that owned these estates would use the decoration to one-up each other (not unlike what we do today).

The majority of the havelis have fallen into severe disrepair, but you can still get some idea of the masterwork of painting it took to produce these homes. Many must have taken years to complete. Some even used real gold in the paint. 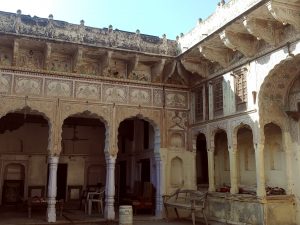 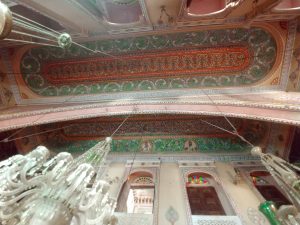 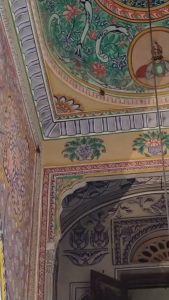 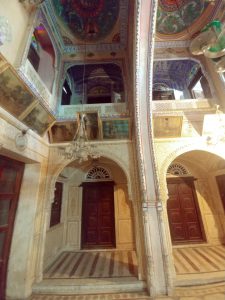 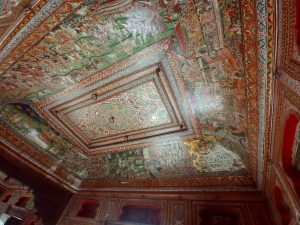 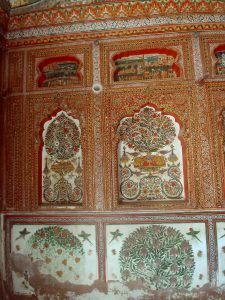 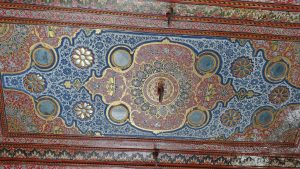 This haveli was converted into a temple.  Much of the old detailed decoration has been brushed over with modern pink paint. 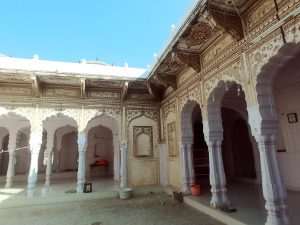 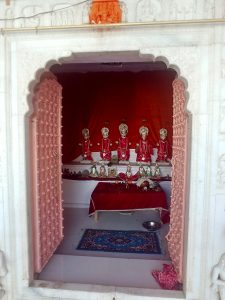 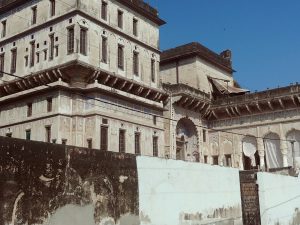 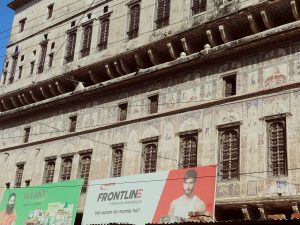 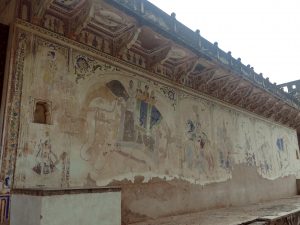 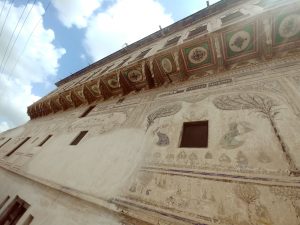 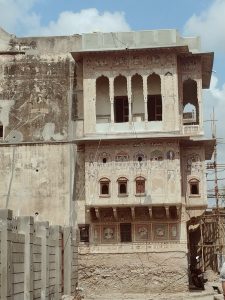 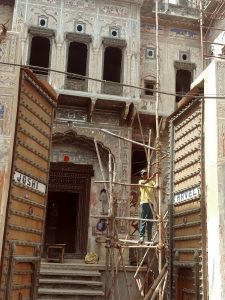 Not all havelis are in disrepair.  Some are maintained and used. 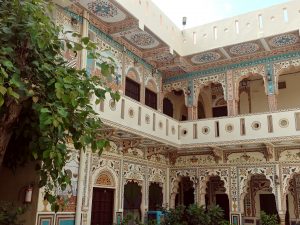 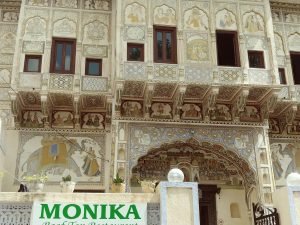 We also stopped by Mandawa Fort.  It is similarly decorated, and has largely been converted into a hotel (though part of it remains a private residence). 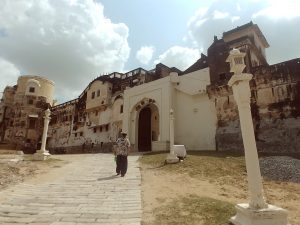 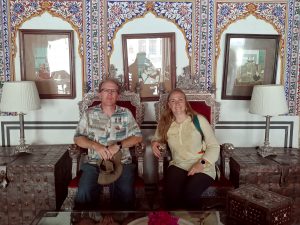 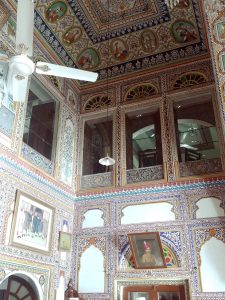 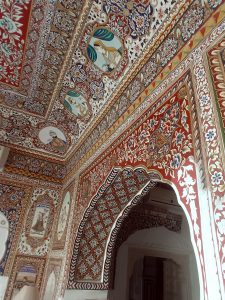 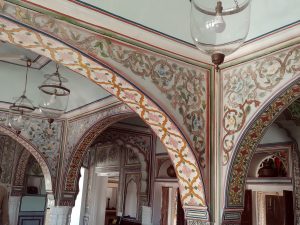 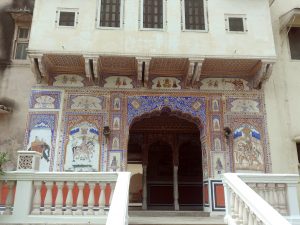 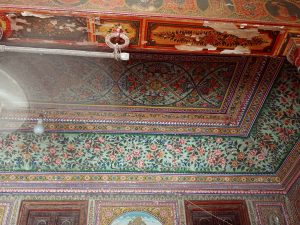 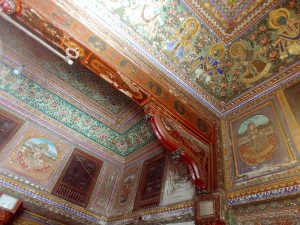 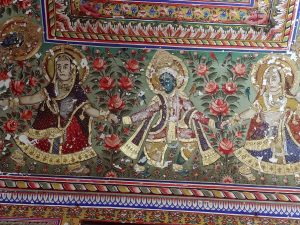 Tomorrow we continue our journey back towards Delhi. 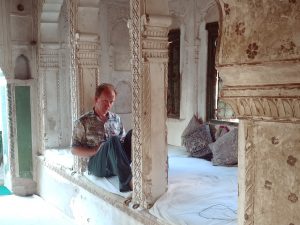 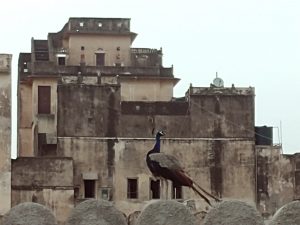 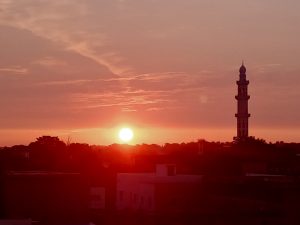